By: Orlando Sentinel Editorial Board
August 13, 2020

The two incumbents in this Republican primary stood up against an attempted development incursion into the county’s rural zone. They rejected repeated attempts by the developer of a 669-acre project called River Cross to build a massive project inside the zone that Seminole voters decided long ago should be preserved in its rural state.

District 1 Commissioner Bob Dallari and District 3 Commissioner Lee Constantine came under intense political and legal pressure to cave in, but they didn’t. They honored the voters’ wishes.

Now they’re being challenged in the primary by candidates who say they would do the same.

But would they? Matt Morgan, the Longwood mayor who is running in District 1, and Ben Paris, a Longwood commissioner running in District 3, have each accepted a total of $6,000 in campaign contributions from a half-dozen companies headed by the family that owns the River Cross land.

The Orlando Sentinel also reported a tangled web of political committee money, possibly tied to development efforts, either trying to help the challengers or hurt the incumbents.

Morgan is adamant he wouldn’t have supported River Cross and would protect the rural zone. Paris has been more guarded in his assurances.

The rural zone is a defining local issue for Seminole voters in this election. Get it wrong and the county could end up with a commission that’s more friendly to paving it over. Why chance that, especially considering the contributions Morgan and Paris have been getting?

Dallari and Constantine have shown their willingness to take a punch for the voters. They’ve both earned the voters’ trust, and another term on the commission. 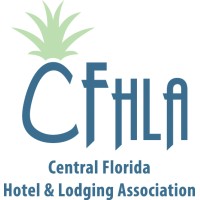 The CFHLA PAC/PC Board of Directors proudly endorses “Pro-Hospitality” candidates for the upcoming 2020 election cycle.

The argument for Republicans to select incumbent Lee Constantine is much the same as the argument for Dallari. If anything Constantine was even more outspoken in his opposition to River Cross and his defense of the voters will to keep eastern Seminole County rural.

Constantine’s passion for land preservation is consistent with his long record of advocating for environmental protection. He’s been on the front lines for years in trying to protect Seminole’s waterways, including his early support for rules to stop fertilizer from polluting waterways.

Like Dallari, he’s supported policies that have made Seminole County a place where people want to live, not a place to avoid.

The two also supported the county’s decision — a wise but difficult decision — to require that residents wear face coverings in public places to stem the spread of the coronavirus.

Constantine’s opponent isn’t so sure. Ben Paris, a Longwood city commissioner who seems well versed on some of the issues, says there should have been more public input, raising the possibility of more delays and more community spread.

Paris said he would have voted against the River Cross project “as presented” but begged off committing to how he would have voted on the land swap, saying he didn’t have much information on it. That’s quite a statement, considering how much information was available and how passionately Seminole residents felt about it. He either wasn’t paying attention or didn’t want to answer the question.

Republican voters have zero reason to doubt where Constantine comes down on protecting the rural zone, and whose side he’s on. They should pick him as their candidate to run in the fall.